Throughout June Sophie began to walk in local parks. Responding to the isolation that had become our daily lives and with a humility that is present in the pictures themselves, Wedgwood would lose herself in parks, stumbling upon whimsical scenes and moments of tenderness. The strangers she photographed are deeply absorbed in their thoughts yet somehow also longing for connection. The images provide a window into the trepidation of everyday people as epochal events play out across the world. The subjects were street cast by Lisa Dymph Megens on their walks. The project is ongoing.

Sophie Wedgwood is a photographer from Camberwell, London b 1991. Sophie first began working in reportage, travelling the UK for a project titled ‘Growing up Young’. Her portrait of the nation was nominated for a Webby for Best Photography, World Press Award and Magnum’s Award for Graduate Photographers. More recently Sophie began working on longer term documentary projects and won Magnum Photo’s Award for Emerging Photographer which was selected by Lua Ribeira. She is particularly in interested in the narrative and depth in the ordinary which is reflected in her candid shots of everyday life.

Magazine
This is how they see us
From enjoyable memories to disenchanted critical analyses, four internationally famous writers from outside of Europe – who have lived here for short or long periods – discuss what most strikes, fascinates and bothers them about the Old Continent. With their nostalgic or satirical style, they speak of its social rituals, idiosyncrasies and current problems through poetic or narrative explorations. Ultimately, what brings them together is a sentiment: a profound, sometimes tormented love for Europe. The symbol of a culture that today seems to be fading but that hasn’t yet died out.

Continua a leggere
Pearls: what we know, legends and old stories

A gemstone whose origins are intertwined with myth, with mysterious sea depths and freshwater streams. In the past, it was believed that pearls were angel tears, or dew drops absorbed by the sea, on full moon nights. Today, we know everything about how they are formed, yet pearls never cease to exercise their charm and mystery,  and are a timeless symbol of beauty, prosperity and perfection, as Botticelli taught us with his panting, the Birth of Venus.

Pearly nuances literally radiate a sense of grace and splendor: from white to pink, from silver to cream, and even gold, green, blue and black. Today we know that the colors of pearls vary according to the type of mollusk and the water it lives in, but since ancient times the brightness of the pearl has fascinated man for its singular beauty. The typical brightness of pearls, called “orient” or luster, depends on the arrangement of concentric layers of aragonite or conchiolin near the surface. Such arrangement causes light diffraction phenomena, generating the rainbow hues often observable in pearls.

Even the etymology of the word “pearl” is uncertain: it may derive from the Latin perna, the name of a mollusk, or from the term sphaerula, which refers to the gem’s spherical shape. A peral can be as small as the head of a pin, or as large as a pigeon egg: the largest existing pearl (the Hope pearl, once preserved in the South Kensington Museum in London) is 5 cm long and weighs 454 carats.

Natural pearls are formed in nature, without human intervention, both in the sea and in fresh water (freshwater pearls), while cultured pearls are created by man. To date, the latter make up over 90% of the total number of pearls on the market.

Pearl farming is a very ancient activity: since the thirteenth century in China, small objects were glued to the inside of seashells,  so that they would be covered with a pearly substance, while it appears that  spherical pearls were farmed in river mollusks as early as 1761 by Swedish naturalist Carl Linnaeus.

The Jews knew about the pearl given by Abraham to the slave Agar, of whom the patriarch's wife, Sarah, was extremely jealous, and about the pearl that king Solomon used to wear on his forehead.

It is said that Queen Cleopatra had her grave lined with pearls. The Brahamans believed that pearls could make them live longer,  and set it on Shiva's forehead, as a symbol the Third Eye or Ajna, the Chakra (center of subtle energy) of inner knowledge.

Pearls possess the virtues of the Moon and Jupiter, make one chaste, prudent, intuitive and resistant to seduction; cement friendships, give relief in difficult times, protect children, bringing them health and happiness; inspire love. Perhaps for this reason, even in modern times, there is nothing that completes a wedding dress and adds charm like a beautiful jewel with pearls: it symbolizes love, purity and is believed to bring happiness and prosperity to the newlyweds.

Where to find pearls

The sites that provide the best quality of pearls (pinkish or creamy white) have long been in the Persian Gulf area, where pearls have been fished since ancient times. Even in the Gulf of Mannar (between India and Ceylon) are ancient fishing areas (for pink-red and pale yellow pearls), but here pearls are frequently small (the so-called seed pearls).

Other significant pearl-fishing sites include the coasts of Madagascar, Myanmar, the Philippines, several islands in the southern Pacific, northern Australia, and the coastal areas of Central America and northern South America.

In Japan mostly cultured pearls can be found.

Louis XIV of Bourbon, the Sun King, endowed with unlimited finances, loved to give large quantities of pearls to his beloved Maria Mancini, who was often portrayed waering necklaces composed of large spherical pearls and drop pearls earrings.

The "Régente" or "La Perle Napoleon" is an extraordinary pearl weighing 302 old grains - 75 carats - among the largest and most beautiful in the world, surviving the French and the Russian Revolutions. In 2005, La Régente was auctioned by Christie's in Geneva for $ 2.5 million.

Perfection, elegance, mystery define the beauty of the legendary Baroda pearl necklace, one of the world’s finest pieces - originally featuring 7 strands -, an invaluable combination of natural pearls that was once part of the Baroda treasure, from the Mughal era, the most important Indian imperial dynasty which dominated over those territories between the 1500s and the 1700s.

The fourth, fifth, sixth and seventh strands of pearls from the original necklace, as well as the ring and brooch included,  were sold at Christie's for $ 7,096,000 in April 2007, in New York.

All shells can generate pearls, but not all of them are rare and precious: the Peregrina is one of the most famous pearls in the world, not just for its size -  203 carats - , but also for its perfect pear shape and for its luminous white shade. The pearl was found in the Sixteenth century off the Panama coast and handed over to King Philip II of Spain, who donated the gemstone to his bride, Queen Mary of Spain. Later the gem belonged to Queen Marguerite, the wife of Giuseppe Bonaparte.

In 1969, the Peregrina was purchased by actor Richard Burton as a gift to his wife, Elizabeth Taylor.

The Peregrina must not be confused with the famous Pellegrina pearl, fished in South America and originally part of the Spanish crown jewels. In the eighteenth century it was brought from India to Russia. The Pellegrina emerged from obscurity in 1987, when it was entrusted to Christie's and put up for auction: this outstanding pearl was sold $ 463,800.

Melo pearls are among the sought-after of their kind. They can be found mainly along the coast of Myanmar, Thailand and Vietnam. The interest in Melo pearls started in the late 1990s, when there were rumors of extraordinary pearls in a natural orange shade, kept inside a casket bearing the seal of the imperial family of Vietnam.

During the Christies’s auction held in Hong Kong in 1999, mush to the amazement of those present, a 23 mm pearl was sold for the incredible sum of $ 488,000.

Melo pearls, with less than a thousand beautiful pearls out there, are still quite a mystery, and few jewelers have the opportunity to handle these gems: famously,  Chopard and Boghossian.

Natural black and gray pearls are extremely rare: very few necklaces of this type have been sold in the past 50 years. The most famous one is  "The Nina Dyer Black Pearl Necklace", sold by Christie's in Geneva in May 1969.

The value of pearls depends on their shape, color, size and luster. The spherical shape is the most valuable. The hemispherical pearls with a flattened part are called bouton pearls or button pearls, those with an irregular shape are called baroque pearls or  scaramazze. The value of pearls is determined using the following formula: the pearl’s carat weight is multiplied by itself and the resulting value is then multiplied by a market index.

Both a dry climate and too much humidity can be damaging to pearls. Pearls are also sensitive to acids, sweat, cosmetics and hairspray. Since pearls have a low hardness, they can be easily scratched. This means that when carrying them, taking them off and storing them, you must never rub them with a metallic object. A secret to keeping them always shiny is to wear them often, and only after using lotions or hairspray (give the lotions time to be absorbed and the alcohol to evaporate).

Brands let creativity run free, dotting garments and accessories with pearls: a cascade of beauty and color, the trend of spring 2020. And celebrities are no less: from elegant necklaces to those featuring multiple strands, from the classic nuances to gray and black. Pearls also peek out in men's fashion: Harry Styles picked pearls as his go-to ornament to wear around the neck. Just a coincidence? Or are pearls just a timeless classic that never go out of style? As Jackie Kennedy used to say, “Pearls are always appropriate.” 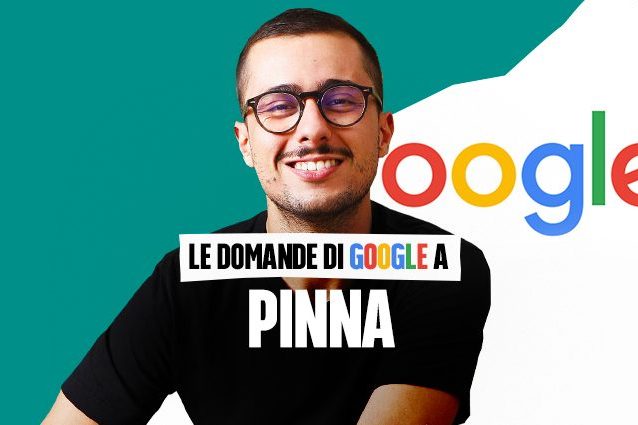